Download the latest iSwag Apollo Stock ROM Original firmware ( flash file). You can flash the iSwag Apollo Stock Firmware file to troubleshoot any issues or problems on your iSwag. Yes! This guide can resolve WiFi and Bluetooth issues, unbrick your device, determine lag or lousy performance, and fix any software-related problems. The specific iSwag Firmware comes with a Stock ROM of iSwag Apollo.This helps you to FRP Bypass lock and revert from the root and custom ROM. There are various reasons to flash (Firmware on iSwag Apollo). For example, your phone will be stuck or hang on the logo. You want to remove the FRP lock from it. Suppose you’re going to hard reset your phone and cannot access the recovery menu. But most of the problems and benefits that cause flashing stock ROM are below.

The iSwag Apollo Stock ROM (Mobile OS) is the Most Stable ROM released by the device manufacturers depending on the device model and Android version. However, the Stock ROM don’t offer many customizations or features for the device. While in general third-party firmware (Custom ROM) has system bugs and stability issues. In this case, you may experience battery issues, network issues, camera issues, missing features, lags, overheating, slow performance, and many more. But whenever you switch to Stock ROM, you can quickly fix them all. 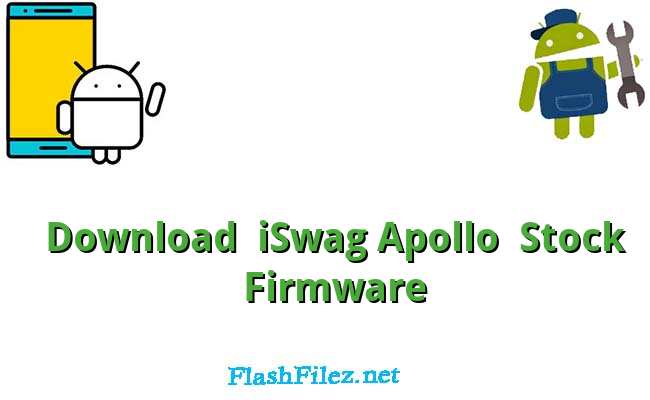 How to Flash iSwag Apollo Firmware

[@] iSwag Apollo USB Driver: If you are looking for the latest USB Driver version, head over to the iSwagUSB Driver Page.

[@] The iSwag Apollo officially releases the Firmware shared above. It helps you recover the iSwag Apollo device if it gets a boot loop, software error, update error, hanging, and dead issue.

[@] Request iSwag Firmware: If you are looking for any iSwag specific firmware that is not listed above. Then you can request it through the comment box below (do not request Firmware through the contact page, or else it will be ignored).